This week, let me introduce you to Manuel Moreira, our young author of Dying Angel. The book is being worked upon by the Bombadil team at the moment. Presenting Manuel to you through this interview: 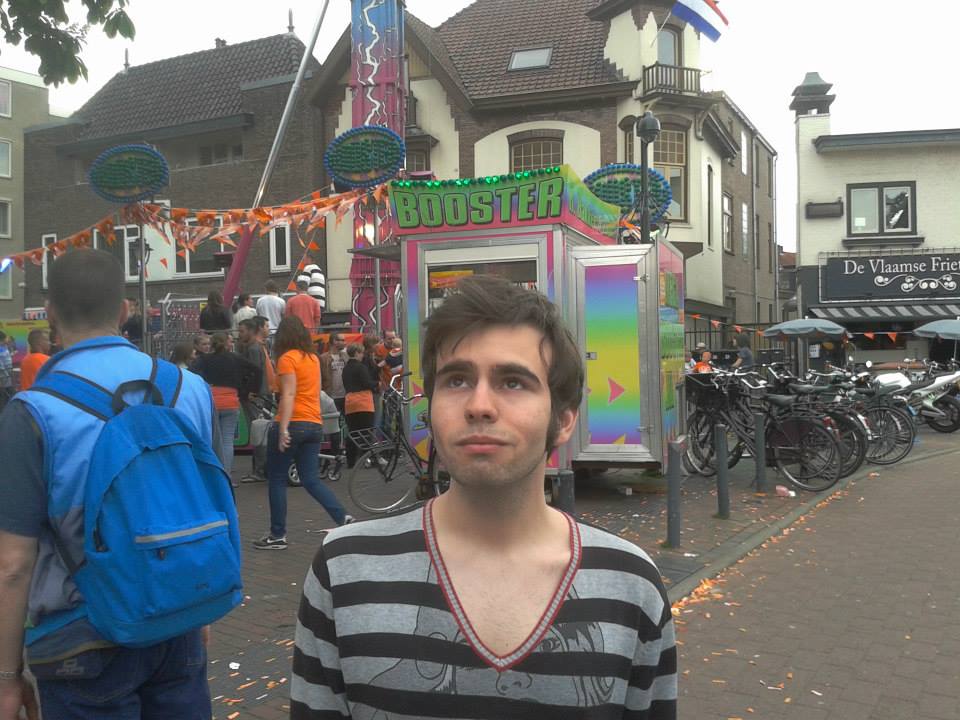 1. What inspired you to write Dying Angel?

Back when I was about 10 or 12 years old I remember seeing a report on TV about a little girl abandoned at the hospital. She had a rare health condition, as a result she couldn’t move her limbs or speak properly, just make sounds that resembled more the murmurs of an animal than the whispering of a human being.

What shocked me about this entire situation was how her family abandoned her, her mother had stopped visiting her months before the report and her father never bothered to visit her at all. She was just left there as if she was an object and not a person. This, and my own feelings of being isolated and misunderstood made me want to write about those who feel like they don’t have a voice, it’s my obligation towards people like her and to my younger self.

2. Anja is an extremely mature person for an eight-year-old. What inspired you to sketch a character like her?

Anja is to a huge extent a representation of me. Being different often means you have to be better than everyone else to be accepted as an equal. This led me to focus on studying from a  young age, to gain knowledge, to show that I have potential and can get far no matter what others think. So back when I was 8 I was considered quite mature (despite having some childish outburst every now and then).

Also, I really didn’t want Anja to be some damsel in distress or the stereotypical weak and humble patient that all sick people are presented as. I wanted her to show strength, bravery, understanding and emotional control.

3. Instead of a third person narrative, you have chosen the first person. Is this your usual style?

Well this is my first book so I don’t as of yet possess a usual style, my style of writing is still developing, writing Dying Angel however I knew I wanted to present the wole situation through the character’s eyes, to give the reader a direct contact with the emotional turmoil.

4. Doctor Krista Hegrenes is an interesting woman. Is she inspired from any real person that you have come across?

Well, that’s rather complicated. Krista is based on may people at once, not just a single individual. She’s the amalgamation of how I have perceived certain good people in my life, and also a part of me. In the end each character in this book is based on someone I know and also a bit of me, each of these characters are a fragment of my own soul. Krista is based on my teachers, who were extremely important, influential and caring figures in my life.

Their praise for my potential and my intelligence were the main source of “food” for my starving ego, my dwindling self esteem and love were often picked up by them, more than educators they ended up being my close friends and confidants, despite this the fact they often were perceived as uncaring, cold and mechanical (as students tend to view their teachers actually). She is also based on my cold side, the side of me that to protect myself from hurt ended up destroying all possible emotional attachments to anyone.

5. Usually, a writer’s first book is an autobiography to an extent as the writer writes about his/ her experiences. Your book defies the norm. Please tell us about it.

Well my book doesn’t exactly defy the norms as all the characters in it are to some extent fragments of myself, although they’re experiences are obviously quite different. I’ve always had a passion for fantasy and human emotions, so I’ve decided to use both in a story that I believed was needed.

6. A 17-year-old boy writing such a mature and crafty story is a story in itself. Please tell us about yourself and how you decided to be a writer?

Well, now that I am 20 I must admit I look back at my time as a 17 year old when I wrote this and I still find it hard to view my work as mature, it just felt so natural to me. Sadly at that age no one took me serious, I didn’t take myself serious either… But I was in a very bad situation back then and writing helped me stay sane so to speak. I guess the reason why I’m so mature and dedicated to what I do is because I’ve always needed something to focus on.

Being gay and knowing it from a young age meant that I was always aware of myself, that I always knew and felt different, in such a situation I was scared, after all, I am and always will be a minority, someone different from all those around me, it was terrifying at first, but after a while, I found out that reading, studying and focusing my energy on other things other than fear made me a better person and most important, it helped me build some confidence and love in myself.

In books, anything is possible, you can be anyone or anything, your dreams come true, no one can make you feel like your worthless or a freak, you feel excitement, you learn to love what makes you different, most of all, they give you a new world where you are happy. Books saved me from a life of despair and sadness, this is why reading and writing are so important to me, why I’ve chosen to become a writer, and hopefully, I shall inspire others to do just the same and give this world great works of literature, which we really need.

7. You have chosen an extremely delicate subject as cancer in the book. Did anything in particular have an affect on you to choose it?

Well cancer itself is not the main subject, cancer in the book is nothing but a small detail to build up the story. The real subject would be the emotions of those inflicted with two great evils, weakness and abandonment. I don’t want people to think of Anja as a victim of cancer, but a victim of a cruel and heartless society that abandoned her, that treats her like a burden, and wants to treat her out of an obligation rather than out of caring.

As I said previously the book was based on feelings of isolation as well as on the TV report of that poor abandoned child. I thought that using cancer as the decease that led Anja to a hospital would be better since more people are familiar with this ailment than most others I could have picked. I myself was once in the need of care because I was suicidal, I was not treated with emotional care at the hospital, there were just attempts at keeping me alive, I was given judgmental looks and words, overall it didn’t help me in anyway, it actually made me feel worse.

Those in need of healthcare, be it mental or physical don’t deserve to be treated this way, like burdens, or to be judged, we need comprehension and affection, I do hope this book can make people see that.

8. What are the genres that you love to read? Tell us about your favorite writers.

I love to read dramas, especially the ones set in old times like the Medieval or Colonial Periods.

I am a great fan of adventure, mystery and fantasy books as well since they tend to drive my imagination wild. Well, I think it is no shock that like so many young people I went crazy with the Harry Potter saga, so I obviously need to mention J.K. Rowling as one of my favorite authors.

Other authors that got my attention would be Maria Teresa da Horta whose book As Luzes de Leonor was one of the best in the modern Portuguese literature (in my humble oppinion that is), Honoré de Balzac seduced me with Lost Illusions and I can’t hide the admiration that Ken Follett awoke in me with the Century Trillogy, Deana Barroqueiro got my attention with O Espião de D. João II and not to show a nationalist side but I will have to through praise at Luís Vaz de Camões whose masterpiece Os Lusíadas has remained unmatched by any other work in Portugal.

9. How has Bombadil shaped your thoughts while working on this book? Did the input from our team help you through the project?

Oh I can’t thank Bombadil enough for their contributions!

Bombadil was the first publisher to accept my work and see in it a potential that I often overlook. They’ve given me many suggestions and Manaswita took the time to give me details of which parts could be changed and how. I was often stuck without any ideas of what further changes could be done and what would be the best way to edit it, but thanks to these suggestions, as well as the encouraging words from the team at Bombadil I’ve found the inner strengths to carry on with my work.

10. What is your next project about? Do tell us!

I know you’d expect something amazing and inspiring as an answer, but to be fair all I plan to do is to continue job hunting until I find a job and can live an independent stable life. Oh and of course, I’ll keep on writing for as long as my imagination lives, I intend to have many more books in the future, when I find my next inspiration.