It is very difficult to get information about publishing straight off, because so much of it is kept secret or the various big publishers use in-house statisticians who inevitably compare different sources. Comparing apples and pears often gives a mix of incomparable information, but don’t give up. It is possible, but first you need to know the different main sources. For the UK and for the English speaking world of publishing, The Bookseller is one of the best sources. It sends daily digests about what is happening and have a hot line with Nielsen Book Scan, which is a pay-for information-book-sales-tracking-company. Nielsen often does not monitor what goes on in small companies, and only scan the retail market. Subscribing to information from Nielsen is necessary if you are a big publisher, but probably too dear if you need a little bit of information only, or one-off data. The Bookseller, however, has free daily briefings and provide some statistics based on their input from Nielsen, but if you need detailed information it starts costing. Both Nielsen and the Bookseller are good and reliable, though if I were only to subscribe to one of them, I personally think the Bookseller is the best choice. Saying that, I also think that Amazon also gives a good overview, and probably also a less traditional overview of which titles and genres are selling. Amazon, however, does not really give an update about the industry at large, which brings me back to the Bookseller.Each country has its own Nielsen and Bookseller, though I somehow feel that the articles appearing in one, appear in others as well, probably with some delay and obviously some regional and geographical bias. The English-speaking book market is by far the biggest, something like two to three times bigger than the next biggest language market, Chinese (here the different dialects and Chinese languages are added together), Russian and German. The United Kingdom is the publishing hub of the world, however, a position it has been fighting with the US about for many years. From what I understand then the UK has remained in the lead since 2005 and presently has such a strong lead that they are unlikely to give it up in the near future. My personal opinion is that the new copyright laws in the US and the legal system makes it less likely for the US to regain its lead. But the USA is relatively new in publishing, all considering, so perhaps that is another reason. Although the oldest surviving complete manuscript is Chinese (the Diamond Sutra from 808) the word’s oldest existing publisher is Cambridge University Press, which got its publishing rights in 1534. 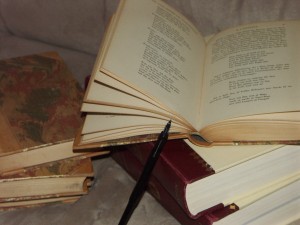