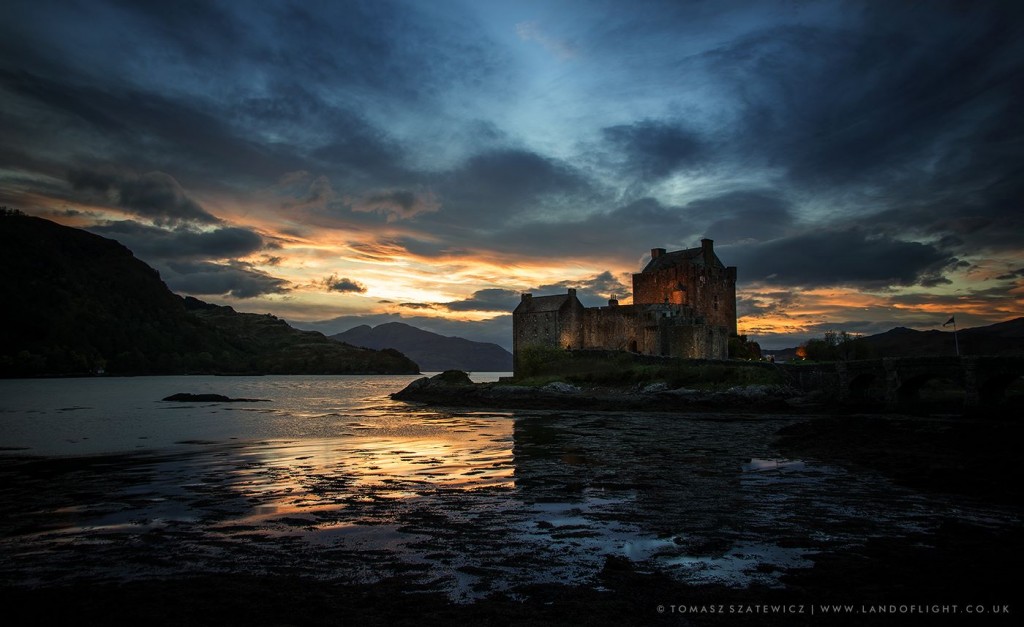 This week, I decided to give you a glimpse of our life at Bombadil. Many of our readers wish to know about the place we are based in, a small, cheery town called Dornie in the Highlands.

If there’s anything that instantly boosts your creative spirits and inspires you, it’s a hot mug of coffee, a bright sunlit morning and snow-capped mountains. And what better place to match this other than Dornie?

Dornie lies in Kintail district, in Ross-shire of the beautiful Scottish highlands. The main road to skye, A87, passes just outside the little town. Dornie happens to be a major tourist attraction, with the world famous Eilean Donan Castle in the vicinity.

Eilean Donan Castle, or the Island of Donan, is called so after Bishop Donan, the 6th century Irish saint. It is believed that he arrived in Scotland around 580 AD and established a small community on the island in 7th century. The castle itself wasn’t built until the beginning of the 13th century, mostly to protect the community against the Vikings that attacked settlements, looted and controlled the Western Isles and the north of Scotland between the 9th and 13th centuries.

Over the years, rather centuries, the castle has shrunk and expanded in size. It is believed that the castle was the largest during the medieval times, almost covering the entire island. The location of the castle made it immune to attacks and so made it a great defense. The castle was able to resist attacks by clans who hoped to take over the place and settle there. However, throughout the centuries, the size of the castle has reduced considerably. Historians believed it was done so to provide better protection to the castle since there were fewer men to guard it. A smaller castle meant the job could be done by the lesser number of men in hand. This is why the area of the castle was decreased to almost fifth of its original size in the beginning of the 14th century. Soon after, in the 16th century, arrangements were made to add canons to defend the structure. A structure was added to house the canons and provide a firing point in the east wall of the castle.

During this time, the community that had grown through the years shifted to the nearby lands and thus the village of Dornie came into being. The village mostly comprised of fishermen back then, till the late 20th century. However, during the last few decades the community has embraced new professions and has given rise to the small town of Dornie that you see today.

The castle eventually met its doom during the Jacobite risings of the 17th and 18th centuries. The castle lay abandoned and in ruins for almost 200 years untill in 1911, Lieutenant Colonel John Macrae-Gilstrap bought the Island of Donan. He rebuilt the castle to its original glory over a period of 20 years and finally in July, 1932, the castle looked across the sea proudly, admiring its beauty. Eilean Donan has since been opened for the public to take a walk through history and it remains one of the major tourist attractions of the Scottish Highlands to this day.

The small town of Dornie lies a kilometer ahead of the Eilean Donan Castle. The town mostly survives by playing host to the tourists who come to visit the castle, or are here to spend a quiet, quality time with nature. The town is the home of around 360 people (census 2006). Dornie has a tiny pub called The Clachan, the Eilean Donan Castle Coffee Shop that overlooks the castle, the Dornie Hotel Restaurant, the Schoolhouse Gallery, the Clachan Highland pub, the Red House, the Dornie Post office and last but not the least, us, at Bombadil Publishing!

The following images are the courtesy of Photographer Tomasz Szatewicz, www.landoflight.co.uk: 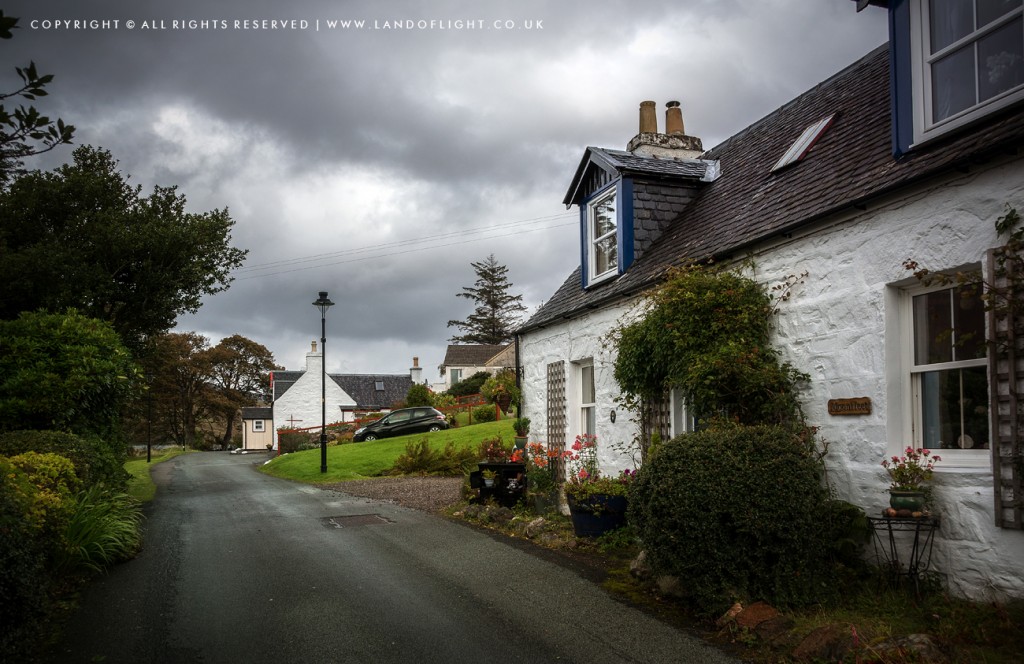 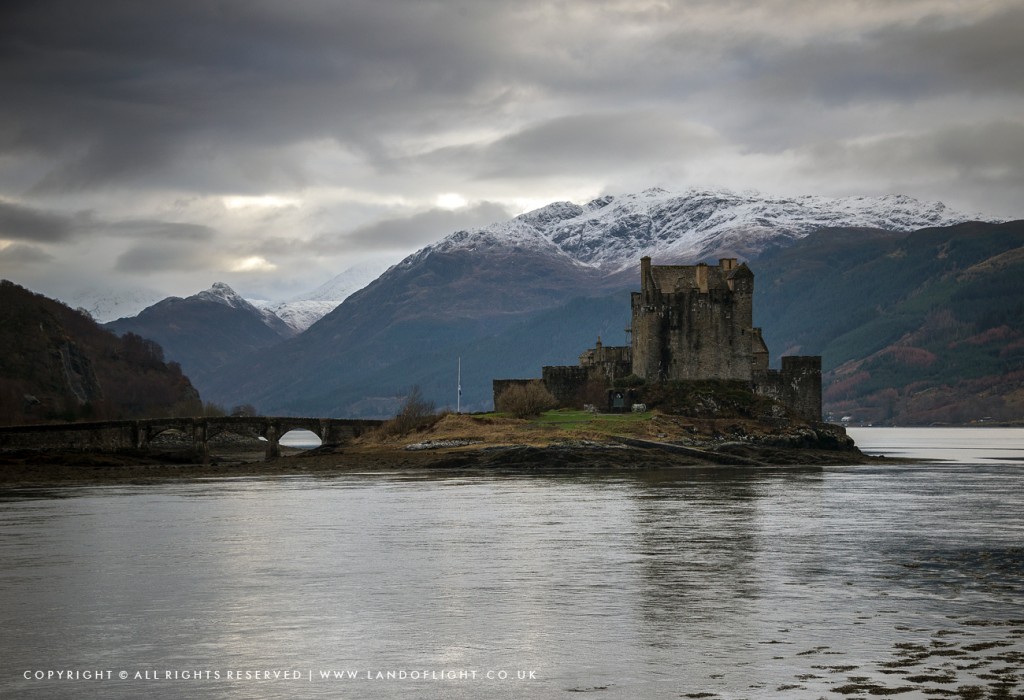 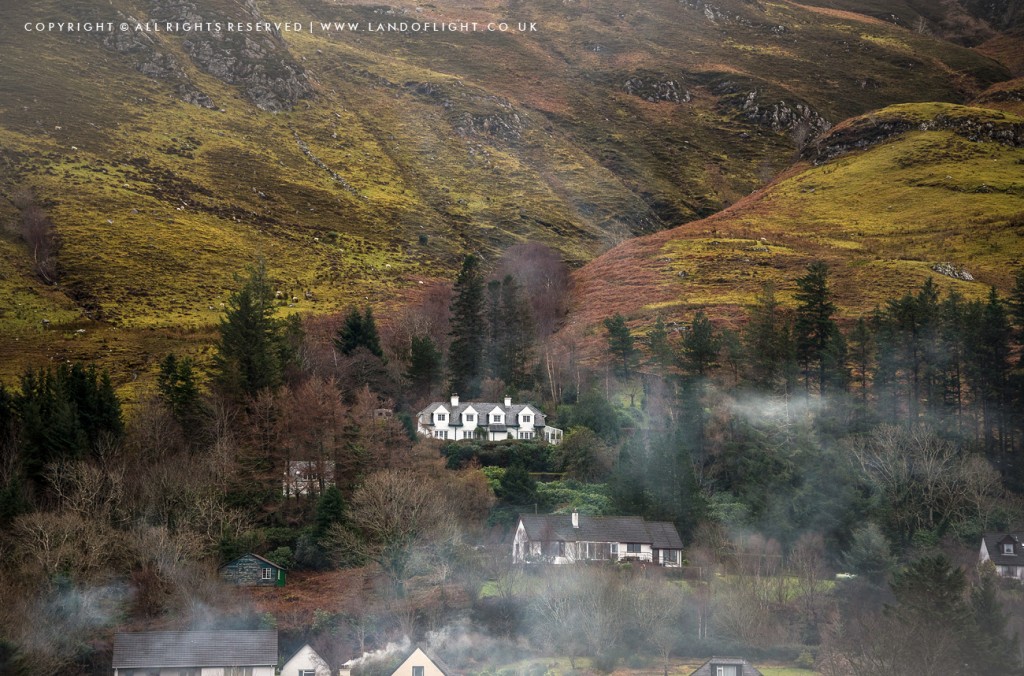 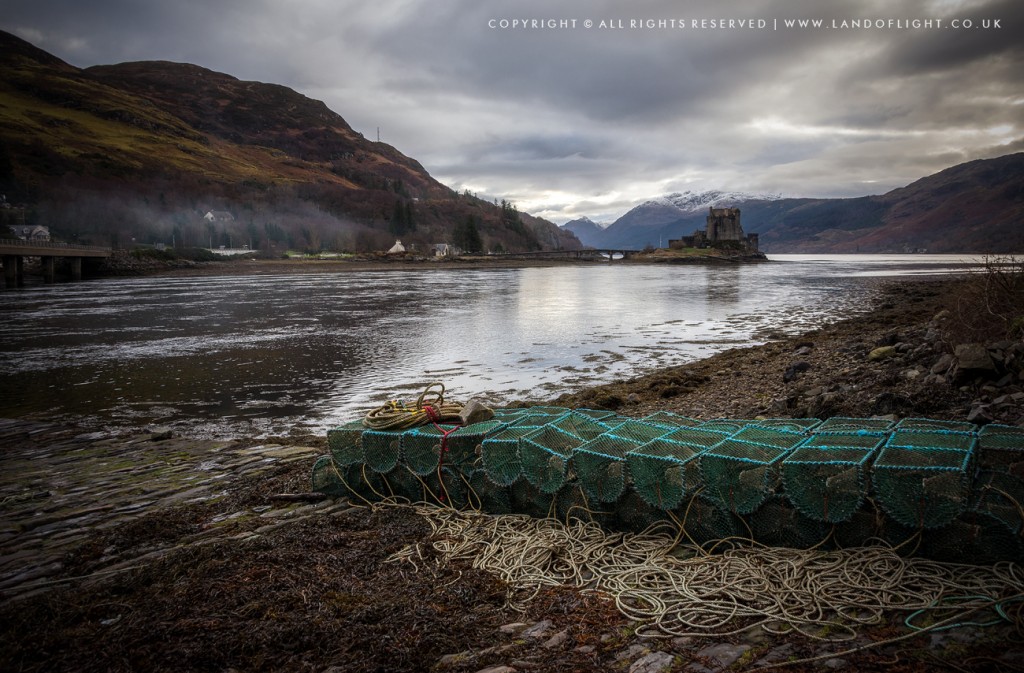 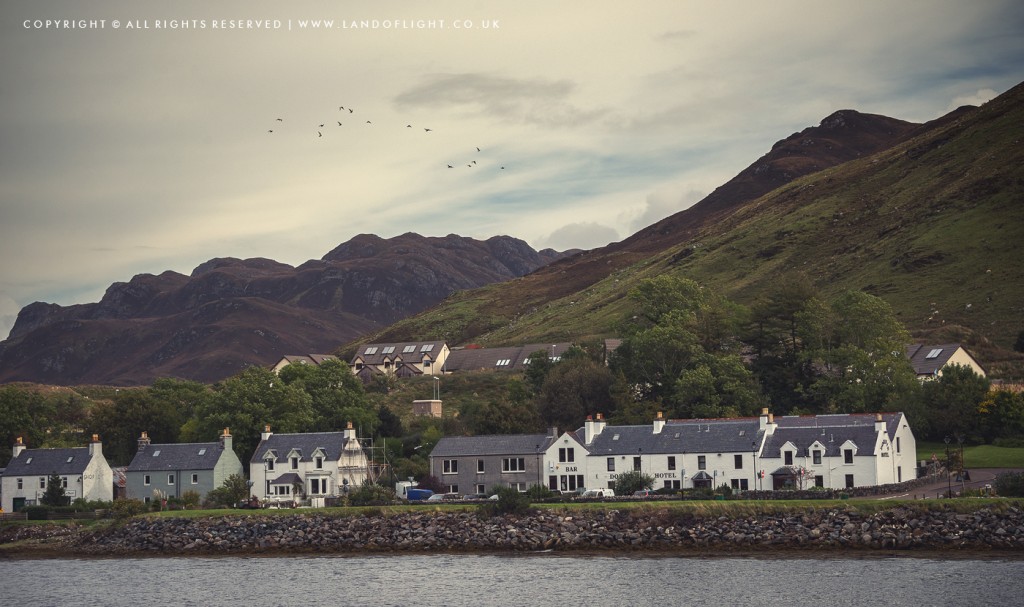 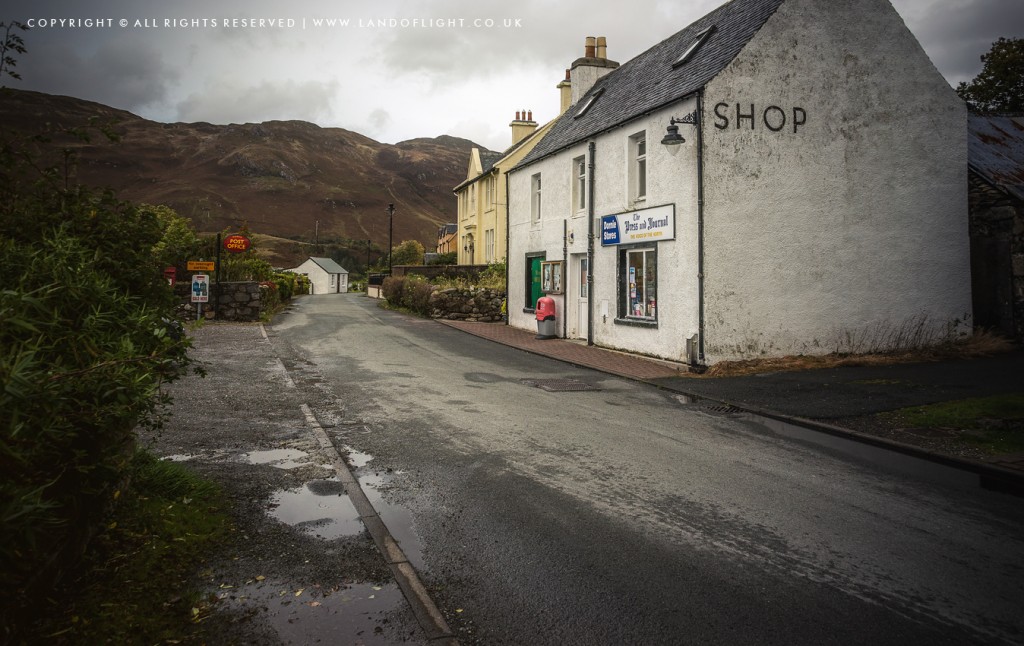 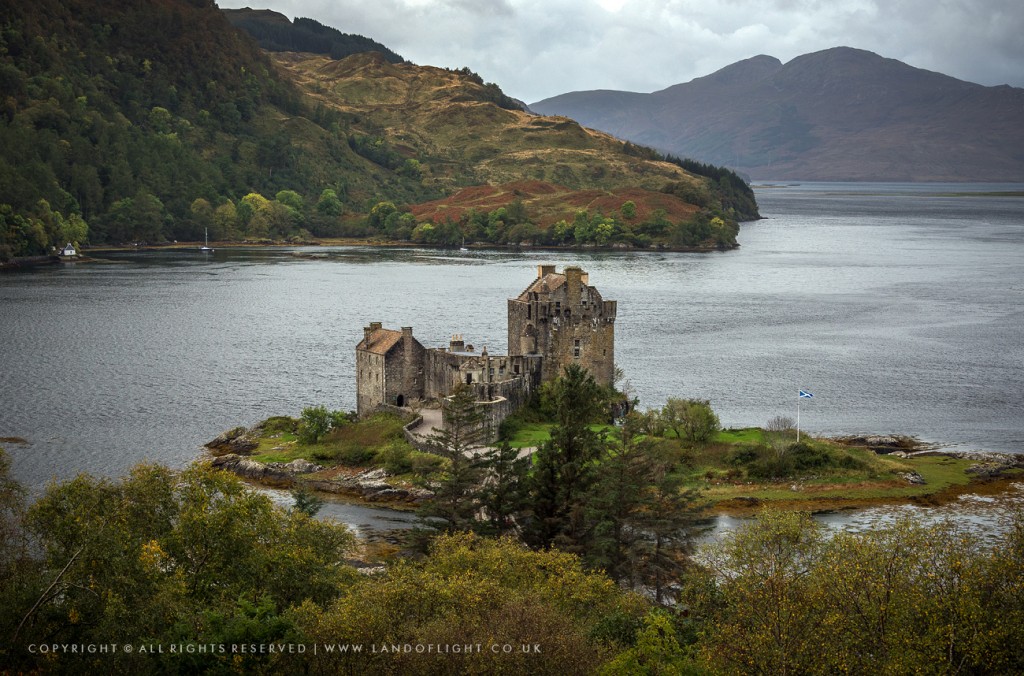